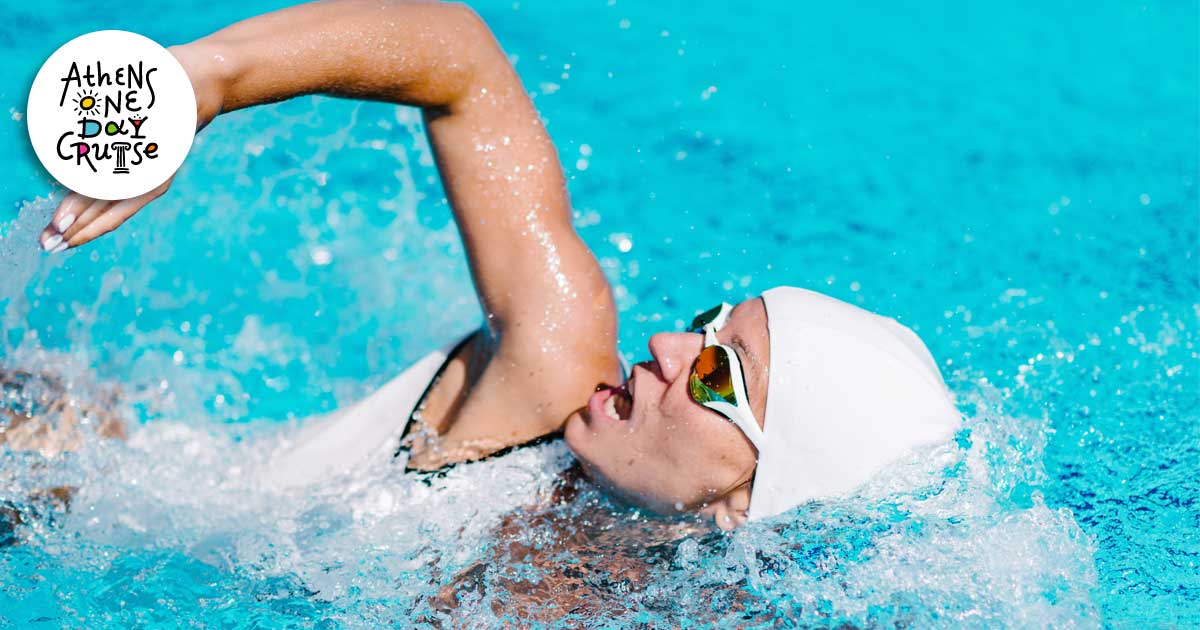 Sports events in the Argosaronic islands (Part A)

SwimRun is an institution that started in November 2018 in Hydra. It is a race that combines swimming and running, only the participants compete in pairs. More specifically, during the entire race, the athletes are literally tied to each other with an elastic rope. They compete in off-road running and swimming courses, constantly alternating between one sport and another. Each pair must run the entire race together to the finish. The rope is special and provided by the organization.

The "Ioannis Kapodistrias" race was started in 2012 by the Athletics Association of Aegina and the health runners of Aegina, in collaboration with the island's municipality. Initially the race was aimed at children, achieving a high number of participations and success. A year later, the event took its current form, with the participation of people of all ages from all over Greece. The Kapodistrias Run has contributed to the spread of sports in Aegina. In fact, great names in athletics participate every year.

The basic route is ten kilometers long, starting and ending at the statue of Ioannis Kapodistrias. There is also a five kilometer road race with the same start and finish points. The event also includes children's races for toddlers (200 meters), for first to third graders (800 meters) and for fourth to sixth graders (1500 meters). The Kapodistrias Run takes place every year in the month of January.

This is a new event that will take place on November 20, 2022 in Aegina. The purpose of the event is for people to get to know mountainous Aegina and to learn its history. The race is organized by the Aegina Athletics Association with the partnership of the island's municipality and the support of the Aegina Radio Amateurs group, the Aegina Hospital and the Friends of Fistiki Fest association.

The races will have a start and finish point at the Aegina Marathon. The main races include asphalt, dirt roads and trails. There are also slight elevation differences. The 8 km race is of moderate difficulty. The route includes the Ancient Eleonas, the chapel of Agia Triada and the traditional settlement of Pachia Rachi. At this point, the short route separates from the long route, which includes another 250 meters. Next is the church of Agios Dionysios and the small settlement of Kapotides, ending with the beach of Marathon.

The 23 km route includes many technical paths that increase the degree of difficulty and is therefore aimed mainly at experienced runners. It also starts from Marathon beach and is to some extent the same as the 8 km race. This route has the privilege of reaching the highest peak of the island with an altitude of 532 meters.