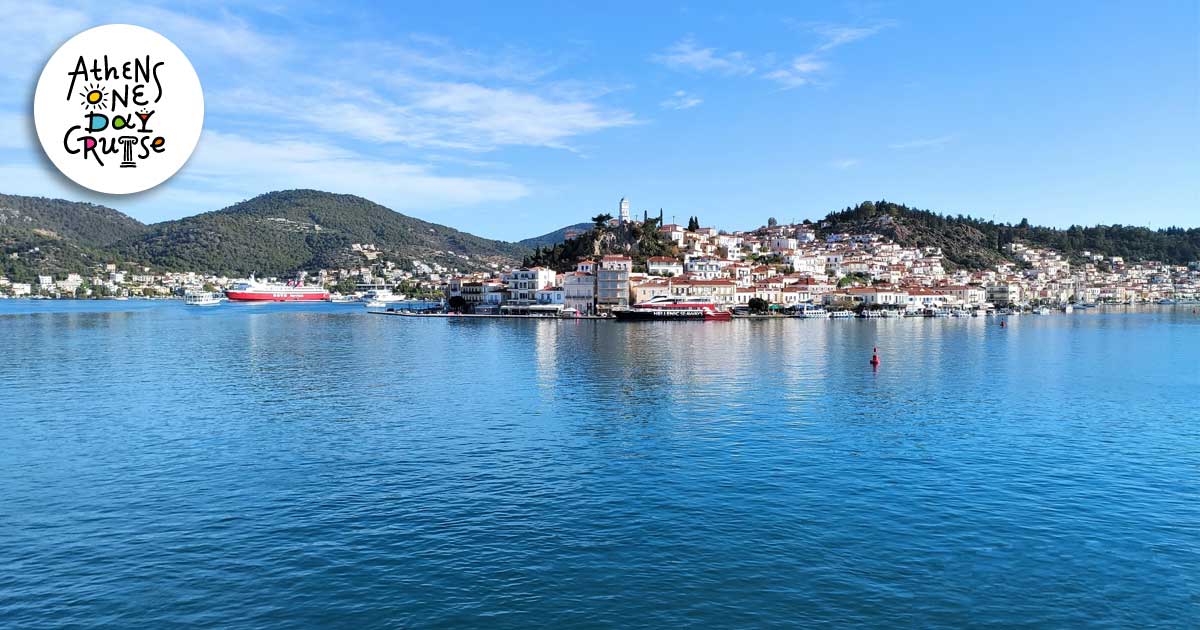 Excursion to an island during the winter is not only not prohibitive, but can prove to be extremely exciting. We continue the tribute to the Argosaronic islands in winter for a winter excursion to Poros. A destination ideal for relaxing and changing performances during the difficult winter.

Poros consists of two smaller islands, Sphaeria and Kalaureia. It is located very close to the Peloponnese coast and is only a short distance from Galatas, which is connected to it by ships and boats that run frequent routes. In the winter the routes may be less compared to the summer, but still you can find a ferry even at 10 at night! Alternatively, there is also a direct connection by boat from Piraeus.

The country of the island overlooks the shores of Troizinia and is amphitheatrically built. Its beautiful neoclassical buildings have nothing to envy from their counterparts in Hydra and Spetses. Taking a trip to Poros in winter, you can admire these houses and the entire beach front in peace. Don't miss a close look at the Clock Tower built in 1927 on a verdant hill. It has a view as far as Galatas and you can reach it very easily through an easy path. Its construction was financed by Ioannis Papadopoulos, a member of parliament originally from Poros. He had bought the innovative mechanism for its time from America.

Another interesting drive or walk is to the Russian Naval Station. It is about 4 kilometers from the port. It was built in 1834 in order to supply the Russian fleet that was in the Aegean. The currently deserted beaches along the route constitute a scene of absolute relaxation and tranquility.

The Archaeological Museum of Poros is located in Alexandrou Koryzis Square, which is open every day. It hosts exhibits from the Mycenaean to the Roman era, which come from the Temple of Poseidon, ancient Troizena, Hermione and Methana. It was built in the 1960s on the site of the old house of Alexandros Koryzis who served as Prime Minister of Greece from the death of Ioannis Metaxas until the 12th day of the German invasion.

The ruins of the sanctuary of Poseidon are located at an altitude of 190 meters, near the ancient city of Kalaureia at the location of Palatia Poros. It is worth a visit to the temple that was built around 520 BC. You will get there heading towards the mountain through a dense pine forest.

Another thing you can do is a visit to the 18th century Monastery of Zoodochos Pigi in the east of the island, above Monastiri beach and below the Temple of Poseidon. It is "smothered" in greenery and hosts an impressive wood-carved iconostasis that was crafted in Cappadocia in the 17th century.

A good winter day is ideal for hiking if you are in Poros, as it has beautiful pine-lined paths. Shortly after the Russian Naval Station, a coastal path begins that reaches the Dana Lighthouse. Still follow the route that starts just outside Askeli and goes up towards the Temple of Poseidon. Finally, another route you can take is the Blue Coast-Prophet Ilias-Sanctuary of Poseidon. Take the path that starts near the beach of Kyani Aktis, climb the mountain of Stravorachi and descend to the monastery of Zoodochos Pigi, reaching the beach again.