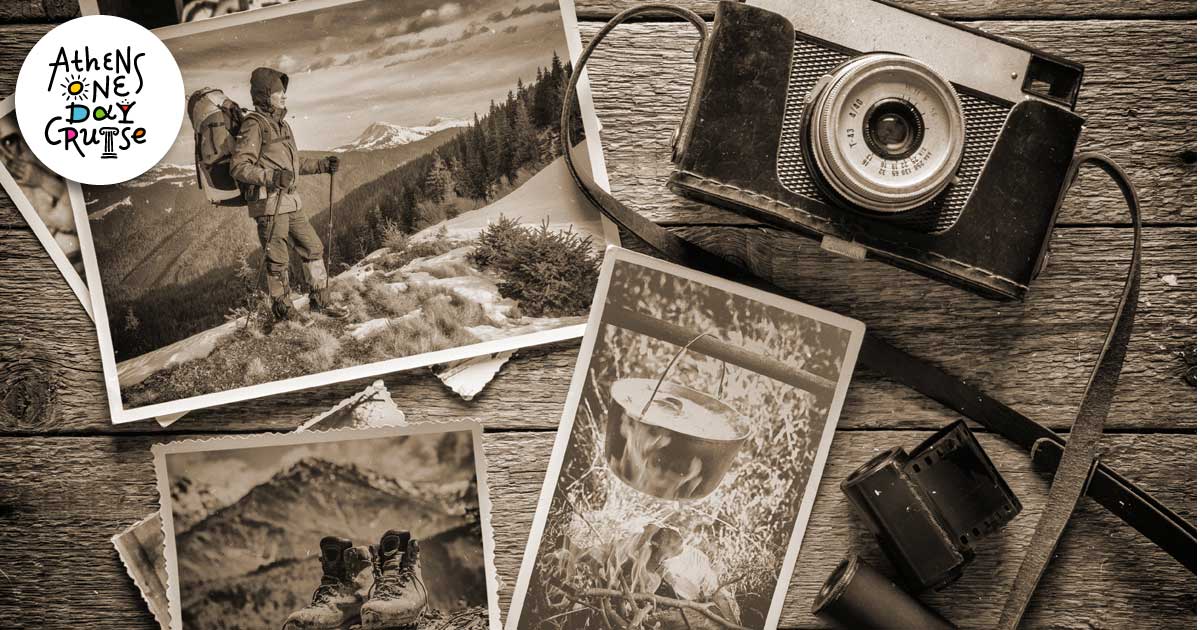 A great exhibition took place for photography lovers at the historic house of Lazaros Kountouriotis in Hydra from June 19 to October 31, 2022. The exhibition was presented by the Historical and Ethnological Society of Greece, a branch of the National Historical Museum in Hydra as part of the of events Miaoulia 2022. The opening of the exhibition was of course attended by the artist Robert McCabe himself. Publisher and writer Adonis Kyrou and journalist Angelos Redoulas spoke.

Born in Chicago in 1934 to a father who was the editor of one of New York's first illustrated newspapers, McCabe developed an interest in photography very quickly. The trip he made as a student to Greece at the age of just 21 was to change his life. In the years 1955 and 1957 McCabe was on a mission for National Geographic photographing the Cycladic islands. In the American's photos taken in Hydra, one can see his interest in a place that is pristine and authentic, as the island was at that time, and the yearning for discovery that every traveler possesses. It also shows the admiration of a man with classical education and aesthetics for the hardy inhabitants of the island who endured the hardships and his love for Greece. McCabe's photographic material has been presented in many individual exhibitions in Europe, America and in many parts of Greece. From 1979 until today, more than 15 albums and catalogs of his exhibitions have been published with photographs from Europe, America, China, Havana and Antarctica.

An almost unrecognizable island that barely survived day by day, like all of post-war Greece was Hydra. Poverty and abandonment in a settlement with residents who, disillusioned and tired, exuded a lost glory, a bygone glory. In 1950's Hydra, things were gradually beginning to change. A charming microcosm consisting of cosmopolitan artists, writers and intellectuals of the time began to slowly emerge alongside the start of tourism development. McCabe's photographs of that time present Hydra between two distinct phases: On the one hand, the traditional island society that was still barely surviving, and on the other hand, the cosmopolitan center that was steadily developing into a popular tourist destination.

What do his photos depict?

Anyone who visited the exhibition would immediately notice the characteristic features of the Hydra in all the photographs. Among them, the bell tower of the Monastery of Panagia, the imposing anchors, the bust of Admiral Pavlos Kountouriotis, the stone barns of the houses, the breakwater with the boats. Behind the beauty and artistry, the details in the photographs reveal the existence of a difficult time behind them. Old imposing houses, abandoned stone warehouses in the port, the old building of the Historical Archive, the "Neraida", the ship-symbol of the era, the shops on the waterfront with the striped awnings and handmade inscriptions, the coffee shops. Along with them, the people of Hydra, the biowrestlers of the time, the children who hung around in the port. The photos are old, but in color. This allows the capture of colors that in their own way betray the season. Finally, the unique light of the Greek sun, the shadows of the houses, the rocks, the boats and the sea are still captured at every moment and hour of the day.