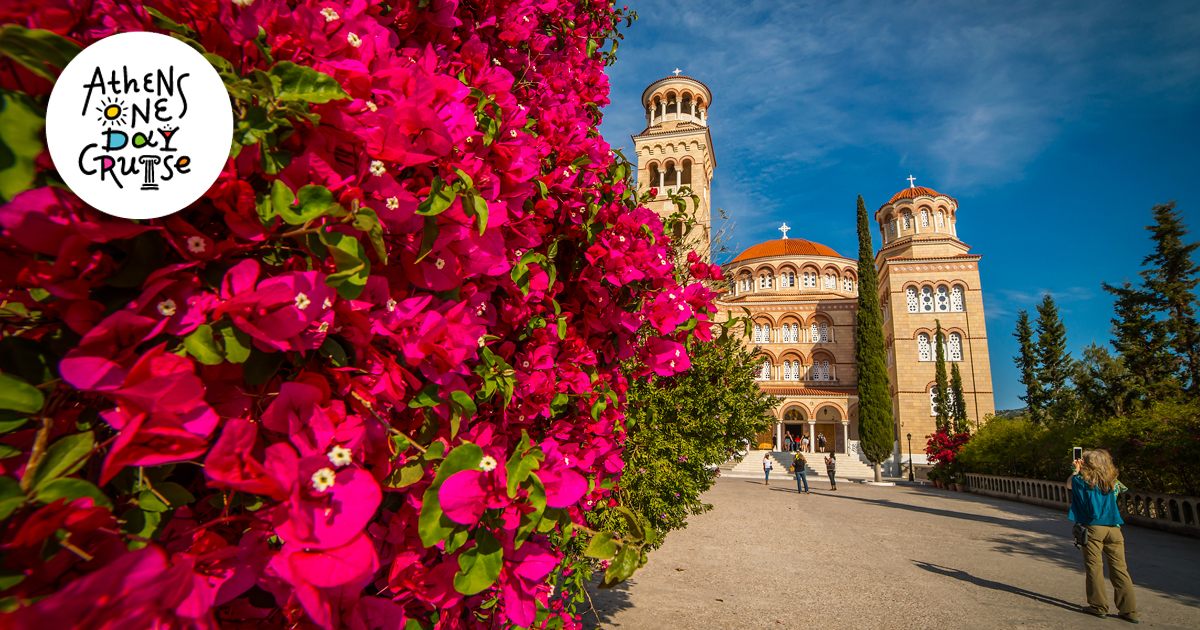 Visitors of Saronic islands are able to participate in religious events, festivals and events and discover unique traditions that are lost in the depths of time.

POROS - HISTORICAL CHURCHES FOR EVERY VISITOR

Poros is a special religious destination for visitors who want to pray and worship in historic churches.

First of all stands the Monastery of Zoodochos Pigi (18th century). It was built on on a verdant slope overlooking the sea and is an example of island monastery architecture. At the entrance of the Monastery there is the famous source for its healing properties, from which the monastery took its name. The temple is a basilica with a dome, and impresses with its wood-carved iconostasis that was painted in Cappadocia of Asia Minor in the 17th century and the Episcopal throne.

The Virgin Mary's little church is located in a verdant location with running water and is very famous for weddings and christenings. The Virgin Mary is celebrating on 2 July.

The Metropolitan Church of St. George in the Kastelli district is know to be existed before 1850. It was the first Municipal-Common Temple of Poros. The inscription, which is on the lintel of the central entrance of the temple, informs us that the temple was founded in 1861 in its present form and was rebuilt thanks to the contributions of the inhabitants of Poros. It is a three-aisled basilica with an elevated middle aisle, with an imposing dome fifteen meters high.

AEGINA - WHAT ELSE TO VISIT BESIDES ST. NECTARIOS

Religious tourism is particularly developed in Aegina mainly due to the Holy Monastery of Saint Nektarios and the Virgin Mary of Chrysoleontissa. Besides them there are also wonderful small chapels that anyone can meet scattered on the island of Aegina.

The Monastery of St. Nectarios in Aegina is among the largest Monasteries of Greece and one of the largest orthodox churches in the Balkan peninsula. Saint Nektarios is famous for its miraculous activity, attracting so many tourists from different parts of the world seeking for a sanctious help.

Apart from St. Nectarios, the second religious attraction of Aegina is Panagia Chrysoleontissa. It is the oldest monastery of island, built in the 17th century. It was built on the highest peak of Aegina in order to protect its monks, mainly but not exclusively from pirates' attacks.

If you find yourself in Panagia Chrysoleontissa, don't miss the church of Faneromeni. The church of Faneromeni is the relic of Panagia Chrysoleontissa and is in a catacomb. There are several legends and beliefs about the church, dating back to the 13th century, about the icon of the Virgin Mary that hosts it. Faneromeni remains one of the beloved pilgrimages of Aegina that attracts a large number of visitors every year on August 23rd.

First stop at the Cathedral of Hydra, which also is the Metropolis Church of Hydra. It is located in the center of Hydra's harbor, inside the Monastery, and it was built in the middle of the 17th century. Today, the temple serves as a Museum of byzantine art, but it still is the most important perish of Hydra.

Moving from Hydra's Cathedral we make a stop at the Holy Temple of St. Demetrios. A small temple, built in 1815, with a unique color and atmosphere.It is of basilica rhythm and according to the landmark inscription the Temple is honored in the name of three saints.

Ypapanti is one of the most historic churches in Hydra and was built in 1780 by Lazaros Dimitrios Kokkinis.

The church of Agios Konstantinos of Hydra is indissolubly linked to his life and his memory is honored every year on November 14th.