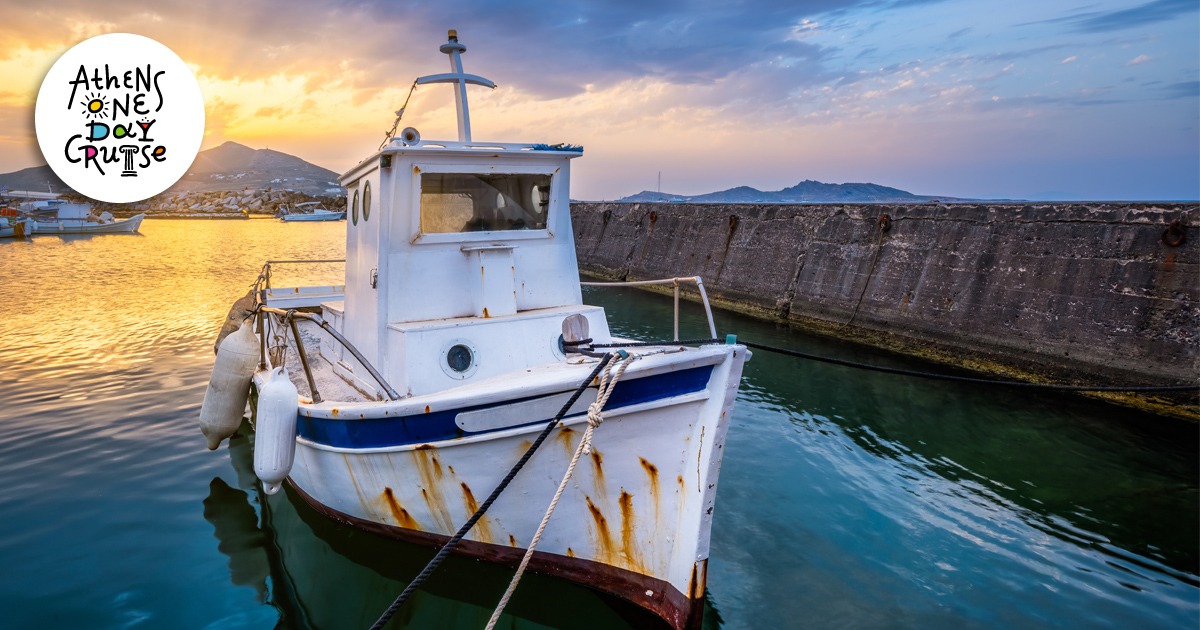 Basic information about the islands of the Saronic Gulf (Part B)

Just a few hours away from Athens and Piraeus, Salamina, Aegina, Agistri and Dokos are a great idea even for a day trip. We have gathered the basic information about the islands of the Saronic Gulf so that you can simply enjoy their beauties.

Salamina is the island with the highest density in permanent population and the largest in the Saronic Gulf with an area of ​​95 square kilometers. It has a little over 39 thousand inhabitants that in the summer reach 280 thousand! It used to be called Koulouri. It is located opposite the bay of Salamis. It is considered a suburb of Piraeus, with which it is connected by ferry from Paloukia and Selinia.

It has a rich history and if you visit it, you can go to the Folklore & Naval Museum and the Archaeological Museum in Agios Nikolaos. Angelos Sikelianos lived in Salamina, whose house is now a museum near the pine-covered area of ​​the Monastery of Panagia Faneromeni a few meters from the sea in the northwest of the island. For swimming you can go to Psili Ammos, Aiantio, Kanakia, Peristeria and Selinia. Finally, on the island is the tomb of Georgios Karaiskakis in the church of Agios Dimitrios.

It is located in the center of the Saronic Gulf with an area of ​​87 square kilometers and a population of over 13 thousand inhabitants. Aegina is a popular holiday destination, an island near Athens with a rich historical and religious interest, but also with a lively nightlife.

The Monastery of Agios Nektarios, the Temple of Aphaia Athena, the Archaeological Museum, Paleochora are just a few of the places you must visit. Otherwise, it is also ideal for bathing. The most popular beach is Agia Marina in the east of the island, at a distance of 15 km from the port. If you are on the island for a day trip, a swim in Panagitsa next to the port or in Aura to the left of the port will definitely compensate you.

Wander the alleys, enjoy delicacies with Aegean pistachio and if you have time, take a walk from Perdika, the wonderful fishing village for a last swim.

In recent years Agistri has won the hearts of those looking for nearby destinations to spend their weekend. Geographically it is located between Aegina and Epidaurus, but belongs to the prefecture of Attica. It has just over 1100 permanent residents. In summer the population reaches 5000 inhabitants.

Agistri has four large villages and is ideal for enjoyable dives. Skala is the port where ships arriving from Piraeus dock. The conventional ship takes an hour and a half, while the dolphin only 55 minutes. It is a sandy beach in the northeast of the island with many accommodations.

The country of the island is Megalochori or Mylos. It is located in the northern part and has a sandy beach. The other two villages are Limenaria and Metochi. Dragonera is a beach with pebbles and pines in the west of the island, while Mareza, a completely different landscape, is a rock beach on the sea. Agistri is also ideal for hiking and excursions.

Dokos is an island of 13.5 square kilometers with 18 permanent residents according to the 2011 census. Now the only resident of the island is the 87-year-old grandmother Irini, who refuses to leave her place.

Dokos is an island with a long history, which was inhabited since the Bronze Age. It is located opposite Ermioni, between Hydra and Spetses. Acquired a castle in the middle of the 7th AD. century and has been designated an archaeological zone. Today in Dokos are the ruins of the Venetian castle. Its old name was Aperopia, because of its endless view. In 1875 the oldest shipwreck in the Mediterranean was found at its bottom. The inhabitants of the island were settled in Ledeza at Cape Myti Kommeni. Today the island is offered for unforgettable dives in its crystal clear waters, for water sports and walking. Access is by private boats only.