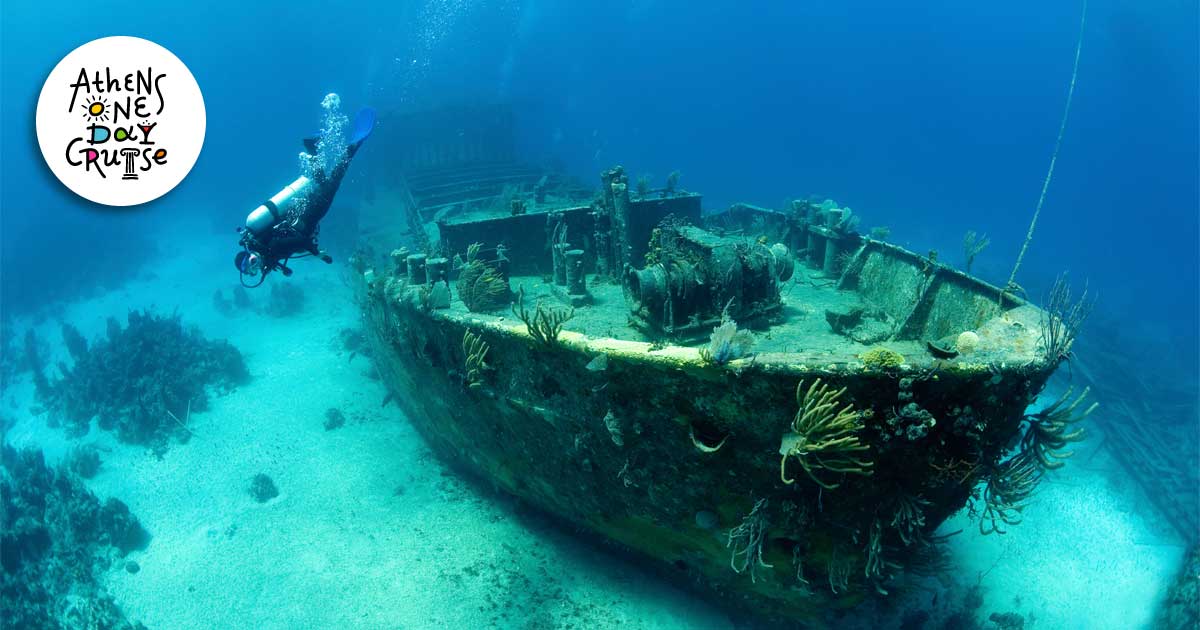 Shipwrecks in the Argosaronic Gulf (Part B)

Multiple parallel stories of shipwrecks "sleep" silently at the bottom of the Argosaronic Sea, much more than anyone imagines.

It is located in the Lagouses: a cluster of five rocky islands between Salamis and Aegina. This is the destroyer "Hydra" which participated in the first naval battle of the Greco-Italian war in 1940. The ship sank after an attack by a German bomber on April 22, 1941.

It was bombed on April 1, 1941 during World War II by a German plane. The "Retriever" was registered in the London registry, while its wreck is located near the islet of Fleves in the Saronic.

U133 was a German submarine which struck a Greek mine in March 1942 off Aegina. It is located at the bottom of the sea, 78 meters below sea level, cut in two. The shocking thing about U133 is that it is still sending oil slicks to the surface of the sea even today. The submarine had set off on a secret mission from the Salamis naval base. Shortly after setting sail, it exploded, dragging to death the crew of 45 people, in the sea area outside Cape Tourlos of Aegina.

This is another World War II wreck. On April 6, 1941, Germany declared war on Greece and Yugoslavia. Eleven HENKEL HE-111 bombers undertook to drop mines outside the port of Piraeus. A German pilot, however, disobeyed the order and loaded an SC250 bomb. This had the effect of blowing up the "Clan Fraser", an English ship full of explosives, which sank. Investigations showed that she was hit by three bombs, one forward, one amidships and one aft. The explosion claimed the lives of seven crew members. The ship burned for five hours before its final explosion. In fact, to this day, a piece of the ship's sheet metal is wedged in a tree opposite the port of Piraeus.

On November 15, 1972, three miles south of the port of Piraeus, the ferry "Lieutenant Merlin" sank in just a few minutes. The cause was the collision with the tanker "World Hero". The "Merlin" dragged 44 officers and sailors to the bottom.