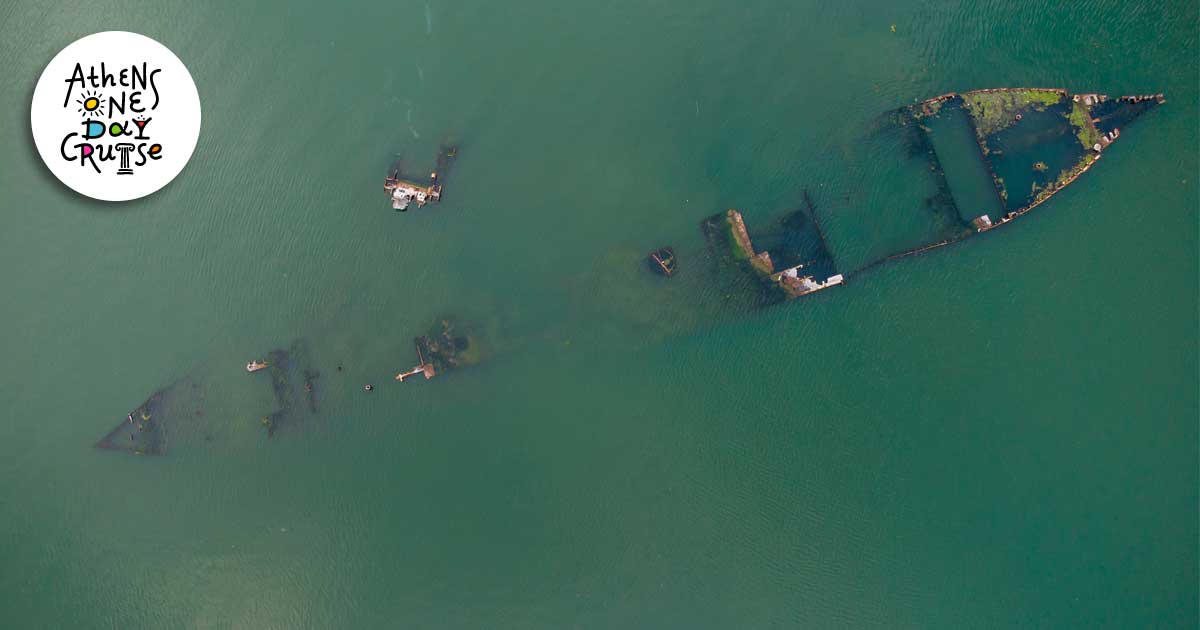 The list of wrecks that occupy a piece of the Argosaronic seabed seems to have no end. Here are the most recent shipwrecks in our country's maritime history.

On January 5, 1978, the truck "Kyra Eleni" sailed from Lavrio bound for Bulgaria with a crew of 18 people and the wives of the captain and the lieutenant. At midnight the weather began to deteriorate dangerously. So the captain decided to take refuge on the side of the island "Patroklos" that was protected from the winds until the weather improved. The islet is located near the coast, at the point between the settlements of Thymari and Legraina. But a current did not allow the boat to obey its rudder. Resulting in him falling hard on the rocks with his left side. The crew abandoned the vessel and went ashore, while the ship sank. "Kyra Eleni" is today the paradise of scuba divers. It is easily accessible, as it is only a few meters below sea level.

It was built in 1938 in the Netherlands and was a cargo ship. Initially it was called "Cornell", then "Glenside" and in 1974 "Elenitsa". It has been submerged in an upright position since 1983, two nautical miles off the islet of Fleves, opposite Vouliagmeni. Its six-member crew was saved by two fishing boats that arrived in time at the wreck site.

The cargo ship "Panagis" was wrecked on the islet of Fleves in the summer of 1984. The islet was a naval fort and the place where the frogmen of the Navy practiced. "Panagis" is located at a depth of only 14 meters, while it was 55 meters long. Despite this, its great length is not visible today as it is now a wreck, as it is cut in two. Bad weather with strong winds blowing off the island and a rudder failure drove the ship to the west side of the island sinking it. All crew were rescued intact without loss. The impressive thing is that the wreck can also be seen by bathers who are on the spot, as long as they take a good long dive. The shallow depth of the wreck combined with the sunlight make the ship's carcass easily visible.

It is an 80 meter long cargo ship. It sank on November 19, 2004 in the sea area of ​​the rocky island of Dorousa, southwest of Agistrio.

The tanker "Agia Zoni II" sank in September 2017, southwest of the rocky island of Atalanti, between Salamina and Piraeus. The cause of the wreck was the fact that the suction valves were opened to let in seawater from the special piping and equalize the vacuum in the oil cargo. One, maybe more of the valves on one side, however, blocked. So the tanker started loading on one side, tilted and very quickly sank at anchor. The oil spill caused a huge ecological disaster in the Saronic Sea, while from the first moment the scenarios of illegal oil trafficking flared up.