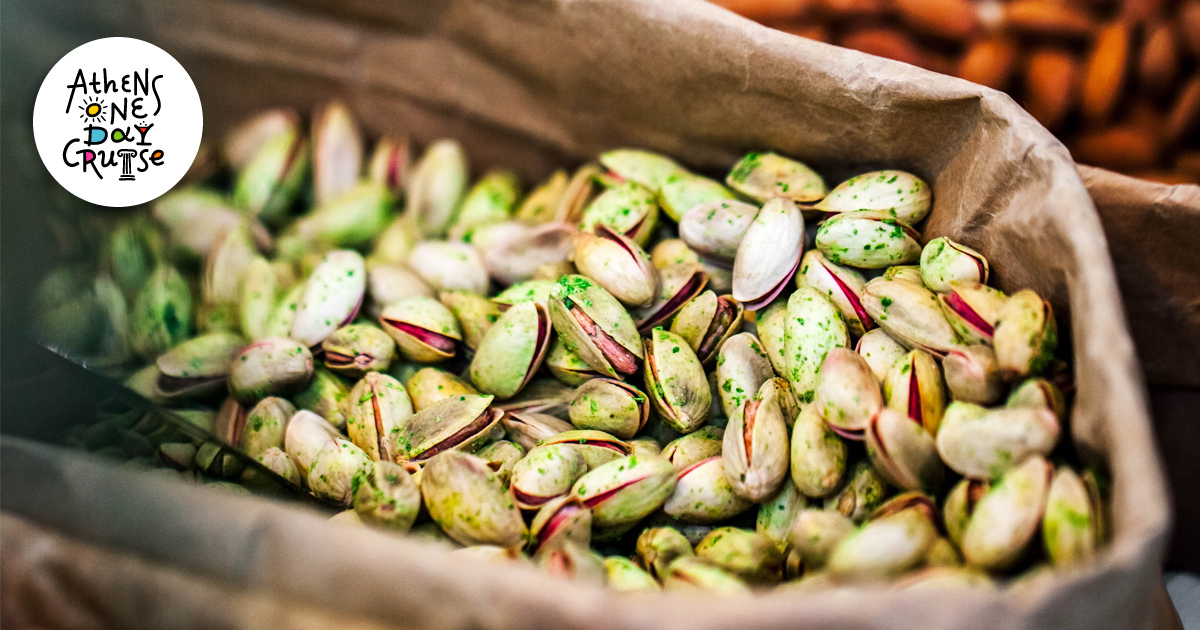 Pistachio is one of the tastiest and best quality nuts you can choose. Its nutritional value is great, it is rich in biotin, proteins and minerals. Peanuts are eaten roasted or whole after removing the shell, salted or unsalted.

Everything you want to know about the pistachio

The fruit of the tree is 1-2 cm long and its shell when ripe, falls and leaves the endocarp that opens and reveals the crumb that is eaten. It is characteristic that the pistachio fruits form whole bunches.

The pistachios are harvested with modern methods that shake the fruits from the trees and take place from the end of August to September. The pistachios are then collected, their outer shell is peeled, washed, dried and dried either in the sun or artificially. They are then placed in a saline solution for a short time and then baked in ovens at 80 degrees Celsius for about half an hour until the remaining moisture is removed. They are baked again for about forty minutes and then they are separated into open and closed peanuts. The pistachio kernel is produced with special machines.

The pistachio of Aegina

One of the best pistachio varieties in the world is the Aeginian. In 1996 the designation of origin of the Aegina pistachio was registered by a Community decision and is a product with a Protected Designation of Origin. Since then the pistachios of other areas are called shelled. The traditional areas except Aegina where pistachio is grown are Megara and Salamina, but now in Greece the cultivation has expanded to Fthiotida, Thessaly, Boeotia and Evia.

The pistachio of Aegina and its cultivation

The pistachio played a decisive role in the economic life of Aegina. In 1896, Dr. Nikolaos Peroglou settled on the island, bringing seeds from the pistachio pistacia vera from Syria, which he planted along with other fruit trees that did not grow because the soil was poor. The growth of the pistachio was the only one that was favored.

Initially, local farmers were wary of growing pistachios, not wanting to give up their crops. But gradually friends and acquaintances of the doctor with orchards in Aegina followed his example.

The last to follow in his footsteps were the local farmers. Especially when they realized that the barren soil of Aegina was suitable for the growth of the pistachio, but also when the phylloxera hit the vineyards of Aegina. Today the Agricultural Cooperative of Peanut Producers of Aegina trades 30% of the local production.